A Flower Shop Built on Family

Sometimes legacy smells like gardenias and freesia and looks like an enchanted garden. Such is the case of Jacques Flower Shop and Garden Center, in business for 110 years.
Jacques has been there for five generations of local families during the most important days of their lives; weddings, Valentine’s Days, proms, holidays and funerals. And it’s always been about love and family.
Just pop your head into their shop on Mast Road in Manchester and you’re likely to see several generations of the Godbout clan who took ownership of the store 46 years from the original Jacques family. On a recent weekday, Aimee Godbout was holding down the fort with help from her daughters Hannah and Haley.
While Aimee’s mother and father, Paul and Nancy Godbout, still own the building and property, Aimee, a former teacher, and her brother Adam own and run the business. 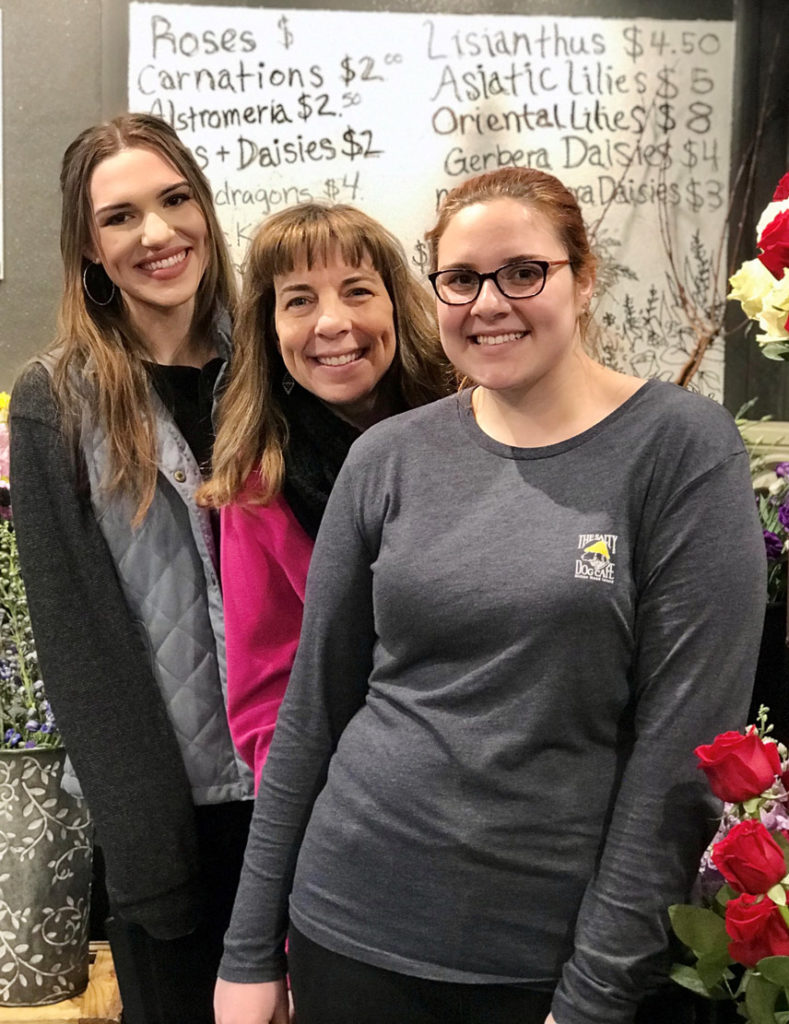 On this day, sumptuous arrangements of red roses and baby’s breath, bottles of champagne and locally made chocolates at the store all screamed Valentine’s Day. Fitting, given the shop is also rooted in love.
O. Raoul Jacques, an executive at a Manchester shoe manufacturer, started Jacques Flower Shop in 1910 as a small greenhouse behind three tenement homes on Lowell Street in Manchester. He wanted to cultivate the elusive blue rose — a quest shared by many professional and amateur horticulturists, according to Paul Godbout.

And while he didn’t succeed in that dream, he did build a small nursery business selling plants and produce. In 1924, his 16-year-old daughter, Colombe, asked her father if she could start selling cut flowers.
Colombe left school and started taking the train to Boston each day to study floral design. Soon she opened a flower shop in the basement of one of the tenements, selling hand-tied bouquets, which she delivered by bicycle. Colombe married mill worker Larry Lagasse in 1950 and moved the business to a larger location on the west side of the city.
Flash forward 24 years.
Paul and Nancy Godbout’s second child was born, and Paul wanted to buy his wife her favorite flower — gladiolas. He went to two florist shops in the city to no avail and ended up at Jacques. They didn’t have gladiolas either, but they had something else: a business for sale.
“Colombe was in her late 60s, her husband was sick, and she was ready to let go of the business,” Paul said.
Jacques was familiar to Paul. When he was courting Nancy it’s where he bought her flowers, and he found out after they bought the shop, that his parents had also gotten their wedding florals there when they married in 1946.
“I remember Paul walking in with a baby boy bouquet from Jacques and asking if I wanted to buy a flower shop,” said Nancy. “I thought, ‘you do remember we had a baby five hours ago?’”
After talking it over, the couple bought the business, even though, as Paul said, “I didn’t know a rose from a gladiola.” Nancy, however, did attend the same floral school that Colombe had attended 50 years before to learn the art of flower design.
But with a business degree from Notre Dame and a master’s degree from Ohio State, Paul recognized a promising opportunity when he saw one.

“I remember Paul walking in with a baby boy bouquet from Jacques and asking if I wanted to buy a flower shop. I thought, ‘you do remember we had a baby five hours ago?’”

The rest, as they say, is history.
“I wanted to make Jacques the best flower shop ever,” said Paul. “It was a nonstop carousel of around and around and around to the music of weddings, funerals and I love yous.”
And even though they eventually employed up to 30 people, Nancy did most of the design herself. She and Paul worked seven days a week.
In the past 45-plus, the Godbouts have expanded and moved to a 7,000-square-foot building with greenhouses. Today, it’s a $1 million-plus retail florist with national recognition. Just a few years ago, the Godbouts received The Society of American Florists Century Award for longevity in the floral business by showing determination, vision and grit.
It was when they received that award in Maui in 2019 the couple gave a talk about their business and their relationship, including Nancy’s fight with breast cancer and their decision to spend less time at work and more time with each other, starting with a dream world trip. That’s also when they found out that not only did their business survive when they were gone, but thrived under the direction of Aimee and Adam, to whom they passed the business baton. Still today, when not spending time in Paris, the couple can often be found in the shop alongside their children and grandchildren.
It takes a lot to keep a family business going this long. It takes commitment by and to the community. 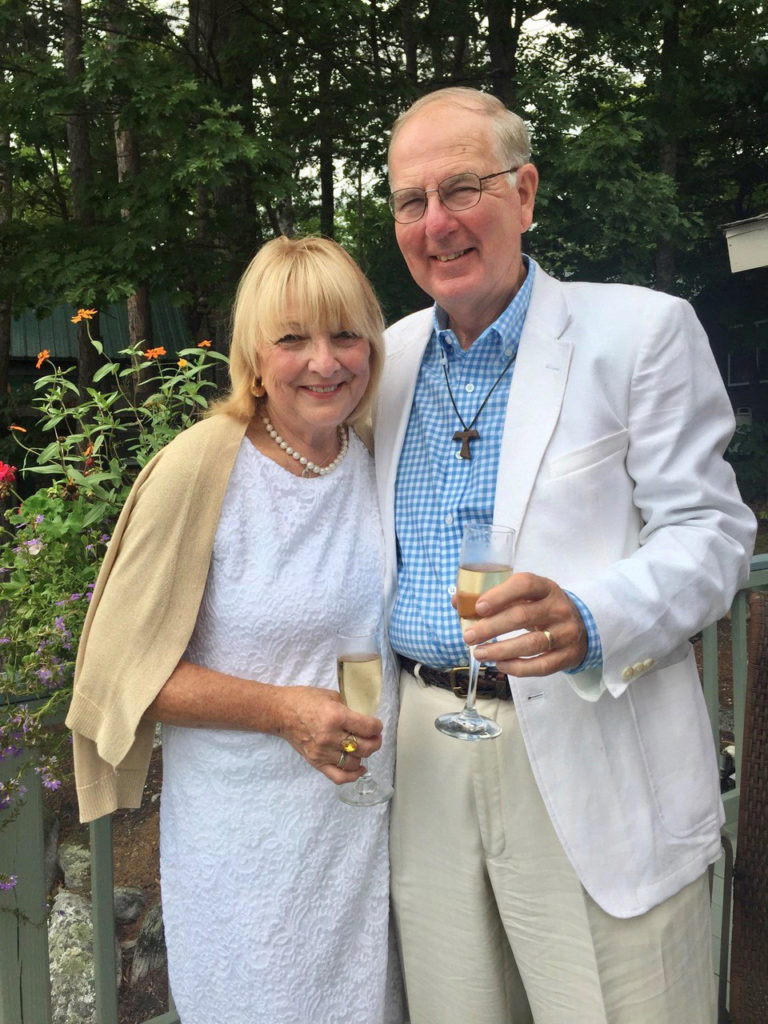 Jacques has that and then some. They support local business and craftspeople by selling other businesses’ wares in their shop.
They’re community partners. They’ve given demonstrations at the local 4H, garden clubs and schools. They donate to local causes like the Walk to End Alzheimer’s, and they’ve participated in Petal it Forward days — held in October, when florists nationwide randomly surprise people on the street with flowers.
And recently they helped with a staging of “The Secret Garden” at the Palace Theatre by supplying flowers and plants.
And while the florist business in the country has shrunk over recent years because of competition from big-box stores offering cut-rate flowers, there are still independent stores like Jacques that are a big part of people’s lives.
The Godbouts believe their store will be around for another 100 years.

Sweets for Your Sweetie