Artist with the Heart of a Poet

Barrington artist Valerie Allen knows serendipity is at play in her life. At 74, every decision up to now has brought her to where she is today.
Her mother knew Valerie would be an artist at an early age — according to Allen, “from the time she was old enough to pick up a pencil” — and she was right. She studied graphic design, illustration, photography and printing at Rochester Institute of Technology, graduating in 1966.
She first went to work for book publishers in New York City where she was a picture editor, one of her first responsibilities being to paste the Latin names under many photos of spiders. Another job had her doing the color separations by hand for 1,500 illustrations in a Singer Sewing Book, where two plastic layers were individually cut and then layered and laminated together.
She later owned a graphic design business in York, Maine, and started a family. Her daughter Cindy has since followed in her mother’s footsteps and is also a graphic designer, living nearby with a family of her own. 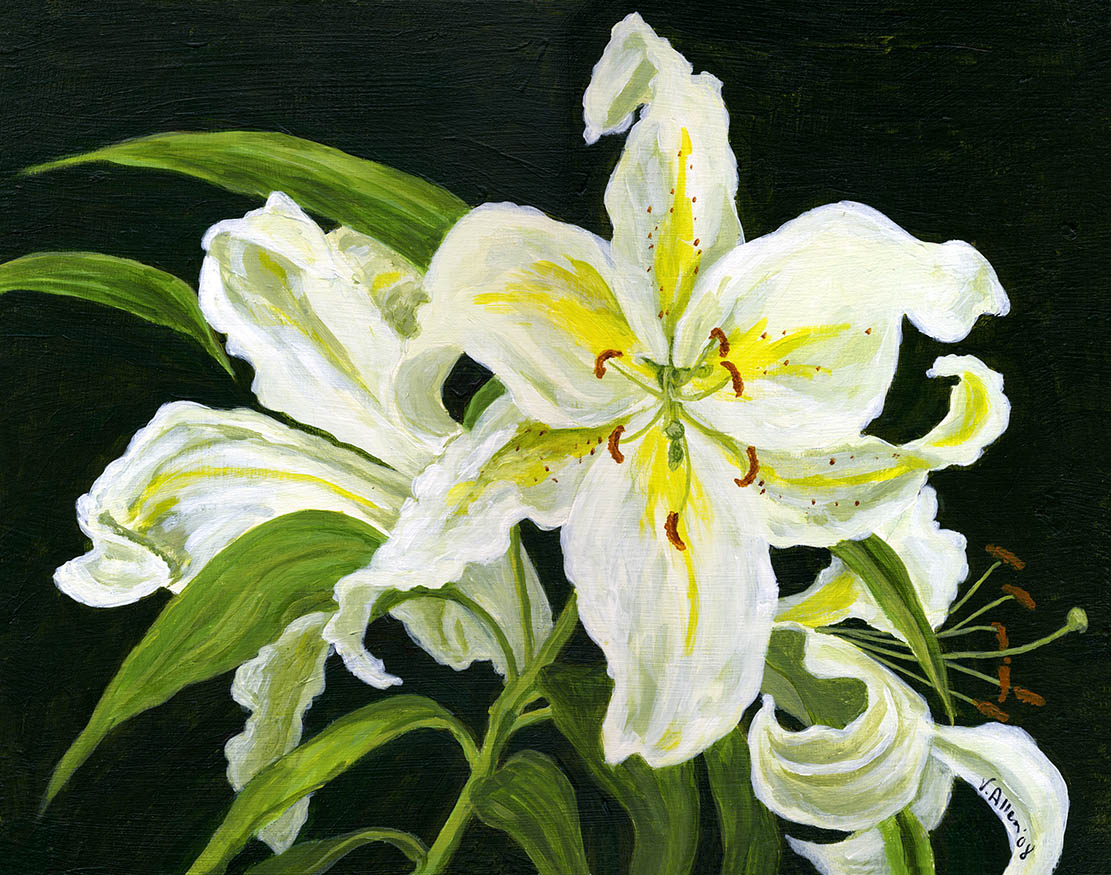 Computers changed the world of graphic design drastically over the years and Allen eventually took a position with a mutual fund company, still painting and doing commission work on the side. She retired in 2014 after 30 years at the company.
She has lived in Barrington since 2003, where she still pursues photography and takes her camera along on walks in the woods. She often works from photos when she paints, mostly in acrylic, because she feels it allows her to incorporate more detail into her pieces.
And she paints at home because, as she joked, “I like to be near the refrigerator.”
Allen draws inspiration from the native landscapes and the flowers, and also does commission work. She started exhibiting in 2014 and has displayed her work at Just Us Chickens in Kittery, Maine, as well as having an ongoing exhibit at the Seacoast Artist Association in Exeter. Her artwork can be made into a puzzle at Piecetime Puzzles in Northwood.
For many years, she says, self-doubt and long work hours prevented her from exhibiting. She used to wonder if she was good enough. But after retirement, that all seemed to change. 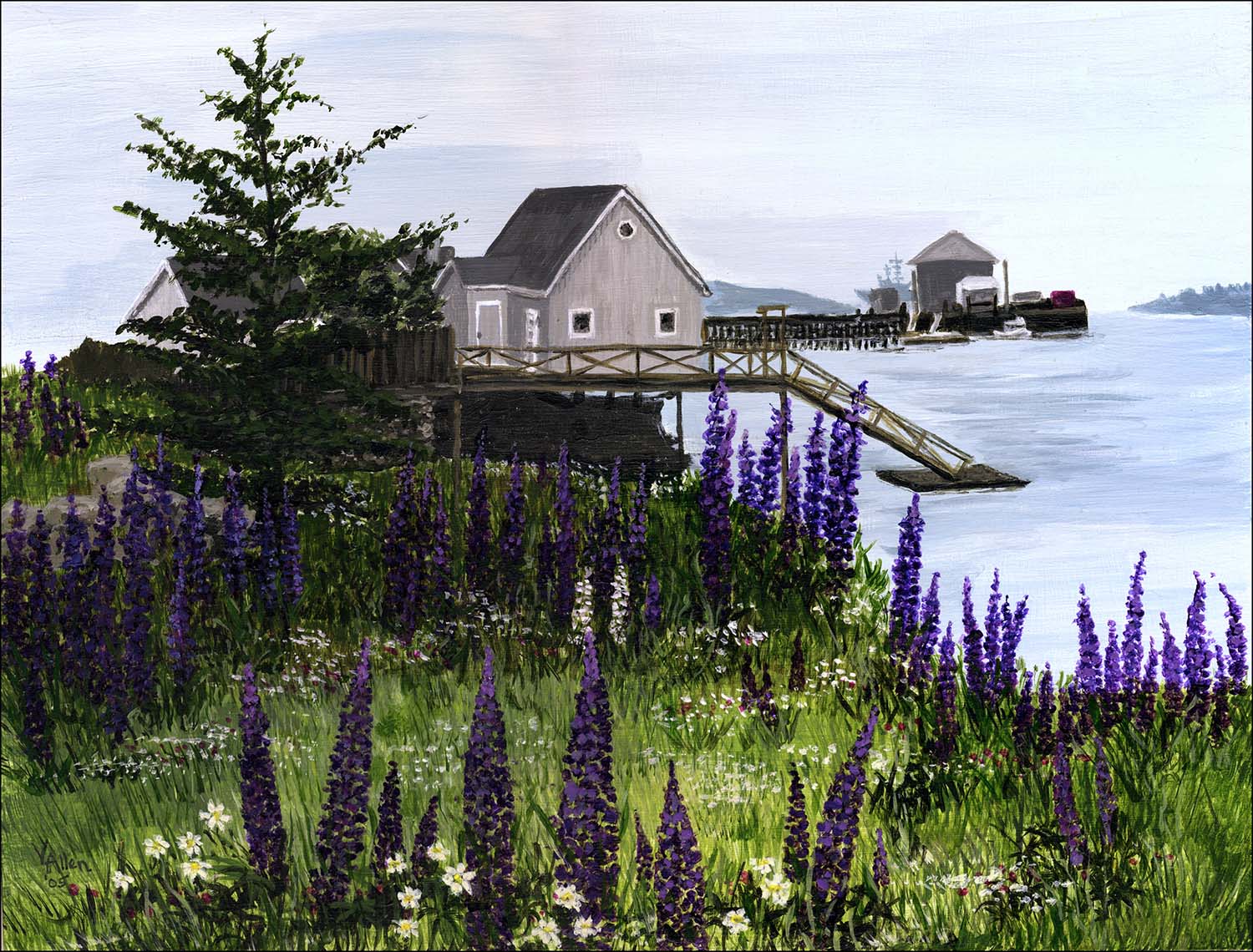 “Girl, you got some years left in you,” she said to herself, and then things just started to click. There’s that serendipity at play again.
And her interests go beyond her visual art. She writes poetry and is part of a group at the University of New Hampshire called the Active Retirement Association, which boasts 300 members and holds events and activities, such as lectures, dinners and trips. Allen leads a writing workshop.
“It’s a nice, creative release,” she said. “It’s good for making friends and getting out of the house.”
She is also becoming more involved with the Barrington Conservation Commission. In the park where she lives, she is known as the “turkey lady” because she feeds the wild turkeys, which live in the woods nearby.
“I try to emphasize the beauty of nature,” she said of her art. “I want to (paint) something that will be pleasant for people to own. It inspired me, so I do it. It’s like writing a poem. You just get hit with it and need to make it happen.”
And this turkey lady is still spreading her wings.

More of Valerie Allen’s work can be viewed in the gallery of the Seacoast Artist Association website at seacoastartist.org or she can be reached directly at veallen.448@gmail.com. Find Piecetime Puzzles online at piecetimepuzzles.com.

XO on Elm Has that Loving Feeling