Away in a Manger

Nothing says Christmas quite like a living nativity scene, or tableaux vivant, recreating the manger scene depicted in the New Testament with live actors and animals in the open air.
“It brings to life the story which has mesmerized the world for more than 2,000 years,” said Rev. Laura Biddle, pastor of Brookside Congregational Church in Manchester, which will hold its living nativity on Dec. 15 at 3 p.m.
St. Francis of Assisi is reputed to have created the first live nativity scene inside a cave in Greccio, Italy, in 1223. Inspired by a trip to the Holy Land, the noted nature lover set up an empty manager, or feeding trough, which served as the baby’s crib, and had a donkey, ox and other animals to recreate the scene as he imagined it on the first Christmas.
He wanted the visual aid to impress upon viewers the poverty and simplicity of the birth. The activity soon spread throughout Europe.
Brookside Church has conducted a living nativity for seven years with animals provided by Miles Smith Farm in Loudon. There will be cattle, a donkey and sheep and other animals as well as costumed parishioners portraying Joseph, Mary and others depicted in the story. 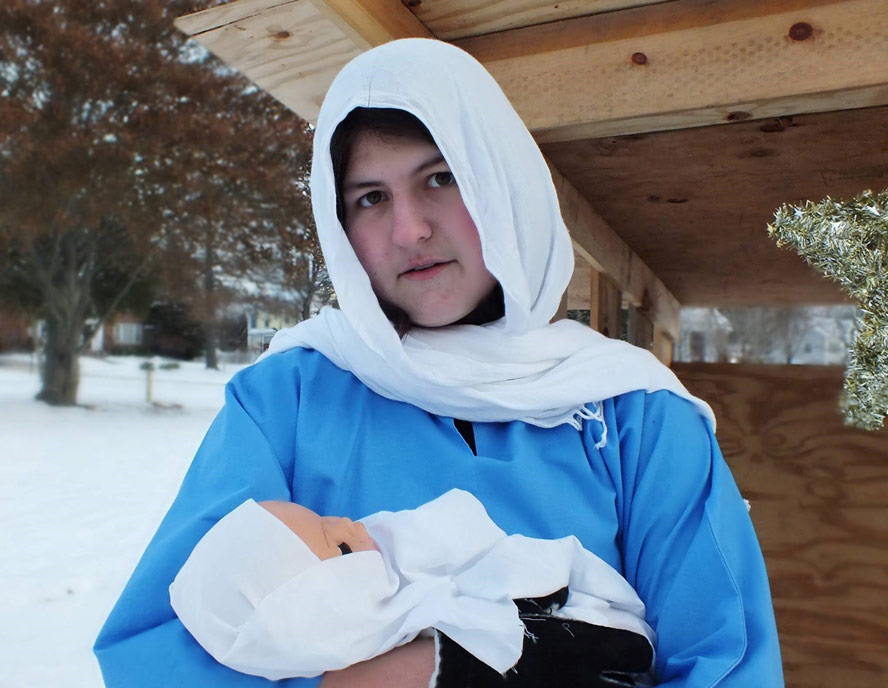 Lisa Fleming Brock, a spokeswoman for the parish, said the ceremony draws about 100 spectators. It has been held at Stark Park in Manchester in previous years, and this year will be held at the church at 2013 Elm St.
“There are no speaking parts,” said Brock. “But it is cool. We tell the story of Jesus as described in scripture. We sing carols and the children get to pet the animals.”
The living nativity coincides with the church’s Christmas tree lighting ceremony. Hot chocolate will be available.
“We have the three wise men on hand, too,” said Rev. Biddle. “We know they did not arrive until later, but they responded to angels calling them to a scene in a stable, where they discovered the child that would come into the world to bring light to dark places.
“It’s particularly appropriate this year. Our culture is living in darkness in many ways, and our theme is ‘light it up,’ and throughout the advent season we’ll be lighting up sanctuary yard and a Christmas tree. The living nativity brings it all together – the angels, the lights, the animals, the shepherd and even the Magi.”
Rev. Biddle said she has been attending living nativities and even performed in one.
“I was an angel in Salem, Mass.,” she said. “It’s always popular with the children. I’ve seen living nativities with lions, tigers and bears. You never know what might show up.”
First United Methodist Church in Gilford will also hold a living nativity this year, but the date had yet to be set at press time.

Movies and So Much More at Red River Theatres

Support and Supplies for Teachers