By Stacy Milbouer and Tom Long

For live theater fans, New Hampshire is a mid-summer’s night and day dream.
From summer stock with Actors Equity performers, to stellar youth productions and vibrant community theater, this is the season for affordable, quality live stage productions right in our own backyard.
The curtain is up on another summer theater season, the most active time of the year for local stages.
Some of the state’s summer theaters have been around since the 1930 heyday of the Straw Hat Circuit while others are fairly new, but they all offer theatrical entertainment at far-from-Broadway prices.
The Peterborough Players is celebrating its 86th anniversary this year. It’s one of the oldest summer stock companies in the country and is the only professional theater (using Actors’ Equity performers) in the region.
It stages seven works each season including original works by contemporary playwrights, regional writers as well as traditional dramas and in the last few years, a musical or two. It’s also home to the Second Company, which presents two plays for children, and screens live performances of the Metropolitan Opera and the London National Theater on its big screen.
This year’s productions include “Gertrude Stein and a Companion;” Paul Osborn’s comedy, “Morning’s {sic} at Seven;” “Dumas’ Camille” written by Peterborough playwright, Charles Morey; and Lucas Hnath’s comic follow-up to Ibsen’s classic, “A Doll’s House, Part 2.”
And as diverse and artistic as its productions is the venue at which they’re presented. Originally the shows were staged at a barn on the property of Edith Bond Stearns who founded the theater at her summer home in 1933, according to her granddaughter Beth Brown, who is the theater’s new director of advancement.
And while she may be new to this position, having just led a $5 million capital campaign for MoCo Arts in Keene, she is certainly no stranger to the Peterborough Players. While she was growing up, her mother, Sally Stearns Brown, ran the theater. 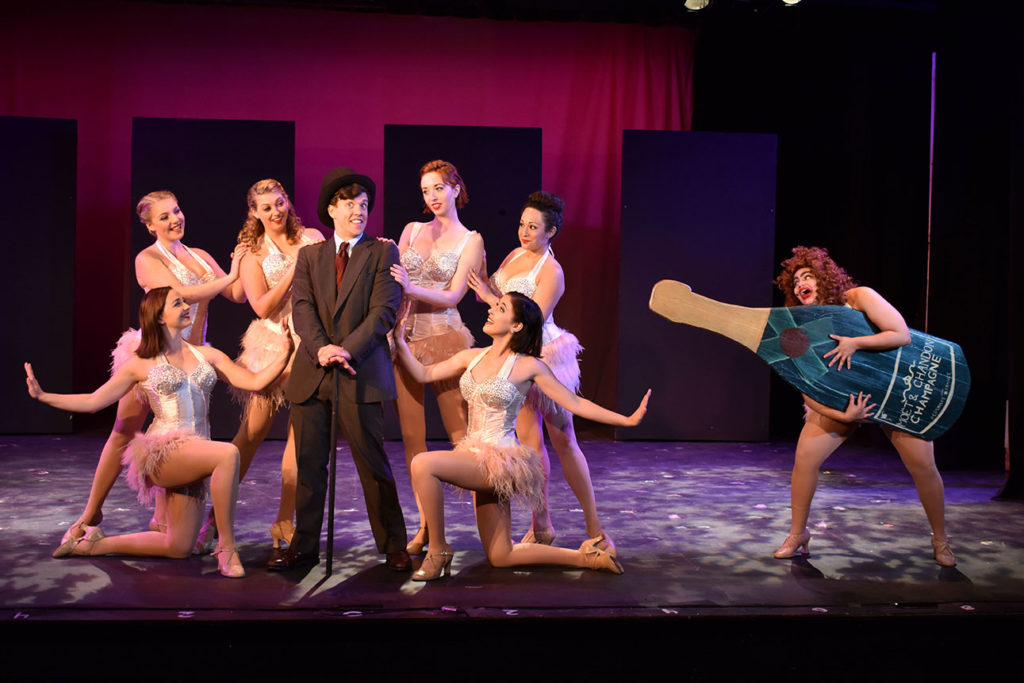 The Barnstormers Summer Theater in Tamworth was founded by president Grover Cleveland’s son Francis who operated it in Tamworth from 1931 until his death in 1995. In its early years, the company performed different plays each night in Maine and New Hampshire and sometime arrived in the barn in the afternoon, set up the scenery and the lights and performed in the evening, leading to the name Barnstormers.
This year they will present the musical comedy “Damn Yankees;” Neil Simon’s comic tribute to his early years “Laughter on the 23rd Floor;” the Agatha Christie mystery “Spider’s Web;” and “The Man Who Came to Dinner.”
The New London Barn Playhouse claims to be the “oldest continuously operating summer stock theater in New Hampshire” and has been placed on the state’s Register of Historic Places. Its 87th season includes Neil Simon’s “Odd Couple,” the comedy of mismatched roommates; the pop musical “Grease;” the Terrence McNally musical, “Catch Me if You Can;” and another music of the ‘50s and’60s, “The Marvelous Wonderettes.”
The Weathervane Theatre in Whitefield has been at it since Lyndon Johnson was president, This year’s shows include the romance “Six Dances Lessons in Six weeks;” a play about chanteuse Billie Holiday entitled “Lady Day at Emerson’s Bar and Grill;” the Tony-Award winning “Curious Incident of the Dog at the Night-time;” and concluding the season with “Sister Act.”
Seacoast Repertory Theatre in Portsmouth will present the musicals “West Side Story” and “Evita.”
The Winnipesaukee Playhouse in Meredith is a year-round theater and will present Ken Kudis’ “Moon over Buffalo,” “Chicago,” “Guess Who’s Coming to Dinner and “California Suite” this summer.
The Interlakes Summer Theatre, also in Meredith, will present the musicals “Ragtime; the Musical,” “Mamma Mia!” and “Saturday Night Fever.”
Opera North in Lebanon will be playing it funky with a blend of opera and circus called “Hoedown at Blow-Me-Down” as well as the Gilbert and Sullivan classic “Pirates of Penzance” and “Macbeth.”
Jean’s Playhouse in Lincoln will present “Titanic: the Musical, “The Fantasticks” and the New England favorite “Almost Maine.”S
As always, it’s all about the bard with the Advice to Players Company, the Sandwich Shakespeare Company, celebrating its 20th season with “Measure by Measure.”
The Hatbox Theatre, a 99-seat venue in Concord will stage the one-act play “Bakersfield Mist” about a woman who may have purchased a Jackson Pollock painting at a thrift store; “The 28th Annual Putnam County Spelling Bee;” the two-actor romantic comedy “Constellations;” and the rock musical “Next to Normal.”
Night owls can check out The Players’ Ring late night series in Portsmouth, which will present “A Backwards Fairytale” and other works.
Summer theater in New Hampshire also includes performances for children.
Andy’s Summer Playhouse in Wilton has been training and entertaining youth for 49 years. The theater is a summer camp, an apprentice program and runs workshops for young thespians. “This is a destination for anyone who wants to see the future of theater,” according to director Doug Moser.
Andy’s has labeled this year’s programs the “Summer of Rebellion,” with performances of William Alexander’s “Goblin Secrets,” which includes elements of clowning and physical theater to tell the story of a youngster who joins a troupe of performing gnomes; and “The Resisters: a Football Musical.”
The Palace Theatre in Manchester will present a lineup of youth shows including “Peter Pan,” “The Wizard of Oz” and “The Little Mermaid.”
And the outdoor Prescott Park Arts Festival in Portsmouth will stage “Beauty and the Beast.”
For details about any of the above performances, visit the theaters’ websites.

Hydrangeas in the Granite State

Summertime Is Sweet in Salem