Harry Moulton is not a people person. He prefers to surround himself with the solitude of the woods rather than become a face in the crowd.
Self-taught, his artwork reflects this deep connection he feels to the natural world. Works in pencil, acrylics, watercolors and photography communicate the treasured sights that words struggle to do justice.
At 59, Moulton is mostly retired these days after a career of 32 years as a machinist that started right out of high school. He lives in Bridgewater with his wife, Melody, who he married 32 years ago, blending their families of a child each from previous relationships and then having a third child together. 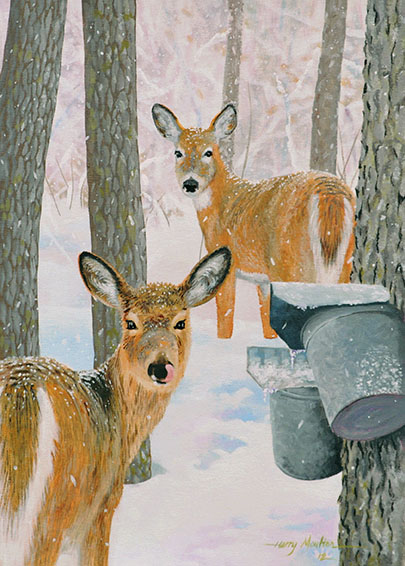 His artistic talent was nurtured in high school by an art teacher who exposed him to different mediums, as he “played around” with pencil and paints, as well as photography, which became a true passion. Recently, watercolors have been another favorite. He prefers realism to abstract artwork, he said, and he finds those to be the most popular images he sells online.
Originally, he used his photos primarily as inspiration for other mediums, but recently arthritis in his spine has made it difficult to stand for long periods of time at an easel and the camera has become his art supply of choice.
Nature, wildlife and plant life are a constant source of inspiration for his photography.
“I’ve photographed 100 or more waterfalls in the state,” he said, “most north of Concord.”
He also used to shoot the annual hawk count in Bristol, documenting the birds’ migrations in September.
But eagles are his favorite muse.
“It’s nice to have the eagles back,” he said, referring to a recovery of the bird in his region. “I could watch them fly for hours.”
Moulton participates in annual area arts and crafts shows, like the Hebron Harvest Fair, the Plymouth Fall Art Show (organized by the Museum of the White Mountains) and the Christmas fair at the Tapply-Thompson Community Center in Bristol, where he sells both his artwork and blank greeting cards, which he makes using his photos.
He also takes paid commissions, which mostly come via word of mouth when he is asked to draw or paint a portrait or certain subject matter.
“On occasion I do something for myself,” he chuckled.
“It’s relaxing,” he said. “I like to do a piece in a day. I start and complete it right away, sometimes it takes eight or 10 hours. That’s why I work in acrylic — it dries fast, and I can work it how I want and finish up. Same with watercolors. I can do a small piece in four to six hours.” 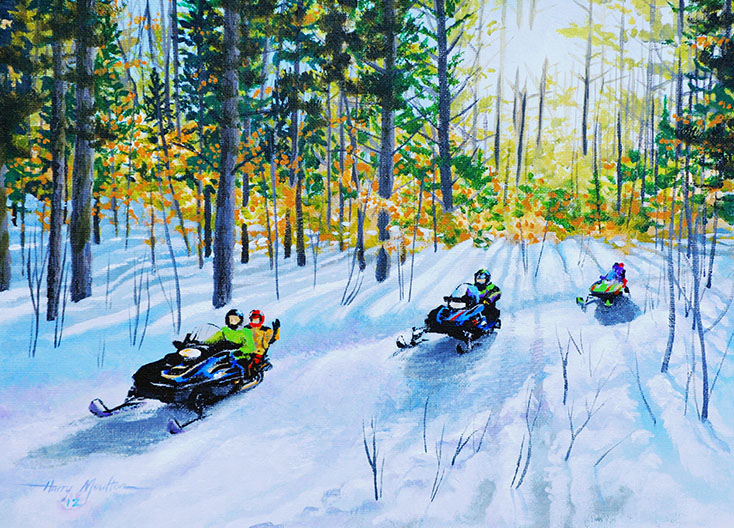 Moulton enjoys spending time with other area photographers as part of a photo club, where they hold fun challenges for members that test creativity. He finds the Plymouth area to be supportive of artists and artisans, but the struggle, he said, is always in the promotion of events and of his artwork in a place where he finds most people prefer to spend time in the outdoors.
And you won’t find Moulton hobnobbing with potential clients in any galleries, he said, as he doesn’t exhibit in those type of settings. It’s just not where he is meant to be.
“I’d rather be in the woods,” he said. “I find a place outside to sit with my camera and hopefully nature provides me with something.”

To view Moulton’s work online, visit harry-moulton.pixels.com. He can be contacted via email for commission work at
cornerart12@yahoo.com.

Put Some Spring in Your Sip