Never mind what New Jersey has on its license plate, New Hampshire can easily vie for its place as the garden state.
And we have variety — everything from luscious red poppies blowing on an ocean breeze in the Isles of Shoals, to a manicured historic garden in Portsmouth to a sprawling blooming woodland in the Lakes Region and everything in between.
There is a five-acre parcel of land in Franklin which is truly a secret. A secret garden that is.
Like the novel of the same name, Tarbin Gardens has genuine British provenance. It’s an authentic English garden in the later Victorian — early Edwardian style a la Downton Abbey era.
That’s not a coincidence. Owners Richard Tarbin and his mother Jackie were born in England and bring that esthetic to this hardscrabble New Hampshire landscape. Instead of fighting with rocky soil and shady trees, the gardens, carved out of a 33-acre wood on land “scoured by glacial erosion … are woven in and out with a wild, natural sense of beauty” in Jackie Tarbin’s words. 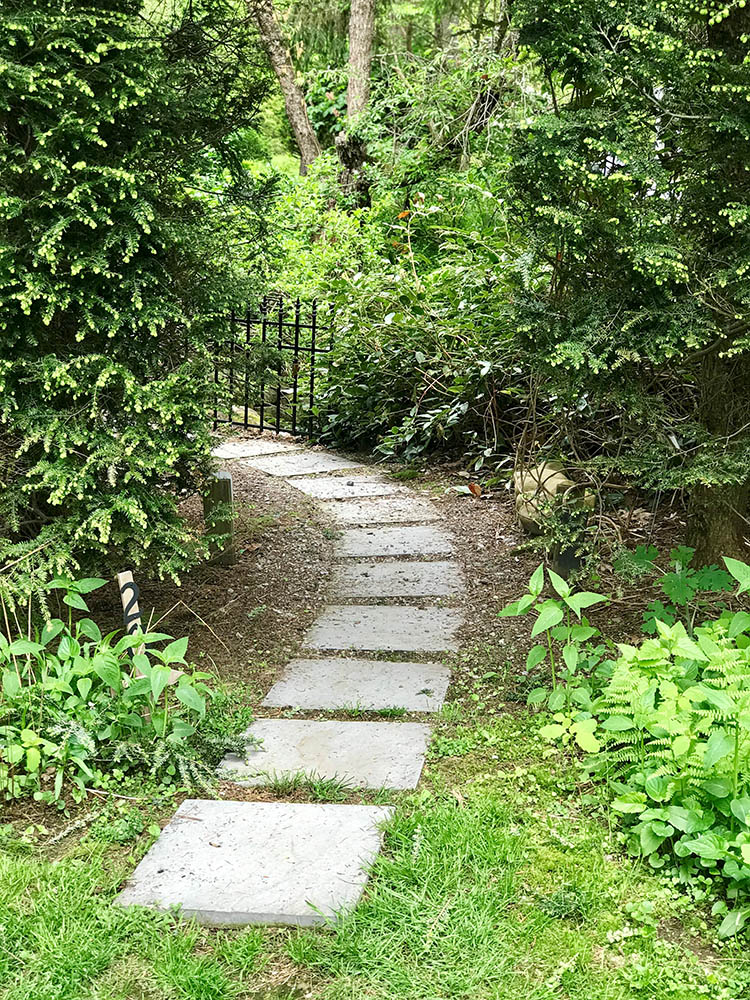 Richard, who maintains the horticultural paradise, cut trees, pulled stumps, dug rocks and amended the thin soil with the help of pigs, goats and Highland cattle. He also places found and curated objects like weathered wagon wheels, stone lions and iron gates throughout the winding paths on the self-guided tours through shaded lily-of-the-valley scented paths, which wrap around labeled flora, koi ponds and breathtaking gasps of color.
Richard said there is always something blooming throughout the season. In July and August there are fuschia, daylilies, spreading hostas, violet-blue hydrangeas and magenta Chinese astilbes to name just a few. There are also well-placed benches and tiny, blossom bedecke patios and stretches of open fields with purple, pink and white ground cover creating a posy carpet.
And for young visitors there is a playground and barnyard with goats, alpacas and highland cattle.
That’s why the Tarbins recently started opening the gardens for outdoor weddings at what Richard said are a fraction of the cost of a traditional wedding venue.
“There are a lot of people who want a beautiful, natural place to get married but can’t afford the crazy prices these places charge,” he explained. “We want them to have those weddings.”
Tarbin Gardens, which is open Tuesday-Saturday until the end of September, also offers a real English cream tea, served in a lush patio garden with scones and other goodies baked by Jackie and served by Richard’s daughter Lindsay.
Fuller Gardens is a lush seaside botanical showpiece in North Hampton at the former North Hampton estate of Massachusetts Gov. Alvan T. Fuller. The seaside estate has one of the last of the early 20th century estate gardens. It has a formal rose garden with hundreds of varieties that blossom at various times of the year. There is also an extensive dahlia display and a Japanese garden.
Nineteenth-century writer Celia Thaxter’s garden on the Isles of Shoals is so highly regarded that people still visit it more than 100 years after her death. Thaxter is probably the state’s most famous gardener. Her book “An Island Garden” was first published in 1894 and was illustrated by impressionist Childe Hassam.
A popular poet and 19th century celebrity, Thaxter helped operate her father’s hotel on the Isles of Shoals, where she was visited by Ralph Waldo Emerson, Nathaniel Hawthorne, Sarah Orne Jewett and other literary lights. Her celebrated garden provided flowers for the hotel.
Snowdrops, day lilies, hollyhocks and red poppies share the garden overlooked by a reconstructed wooden porch where Thaxter and her visitors enjoyed inspirational views of the garden and the tiny islands near the mouth of the Piscataqua River. 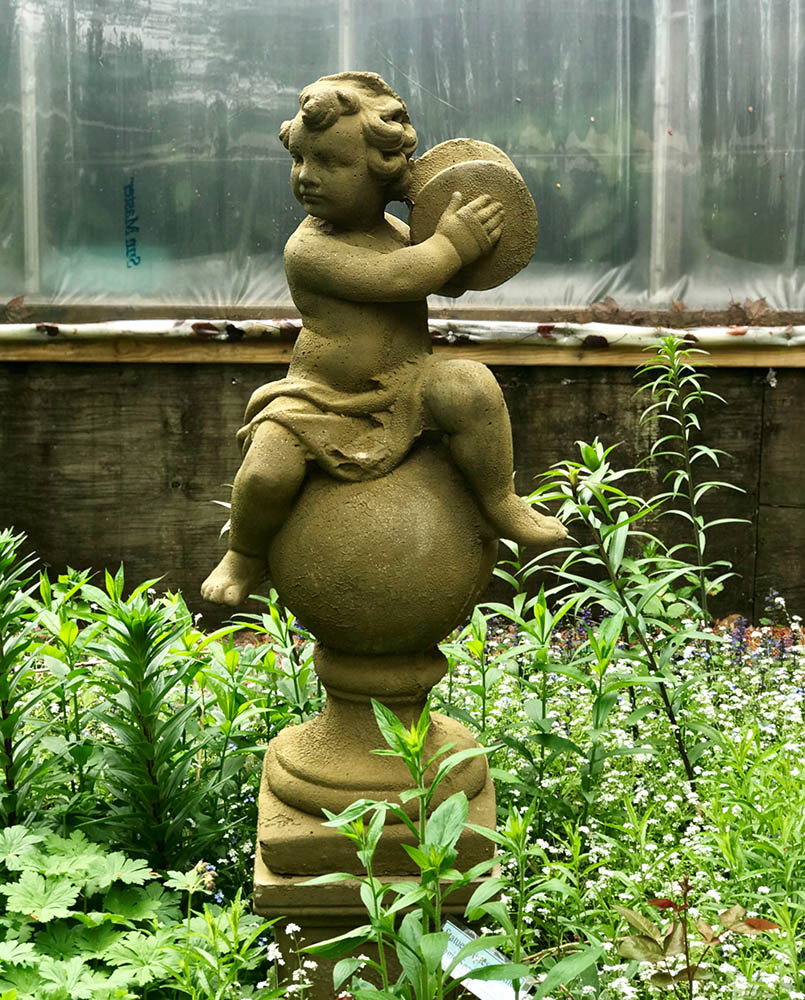 The restored garden is maintained by volunteers and the Shoals Marine Laboratory, which sponsors tours which include a boat ride back and forth to the island aboard the research vessel Gulf Challenger. Tickets are $100 and include the boat ride, guided tour and lunch. Visit shoalsmarinelaboratory.org for tour dates and details.
Nearby on shore are the gardens at Prescott Park in Portsmouth — probably the most photographed in the state. The 10-acre park near Strawbery Banke historic village has a formal garden of annuals and perennials and a “trial garden” once used by UNH to experiment with seaside greens, trees and flowers.
The three fountains at Prescott Park are surrounded with annuals such as coleus, creeping zinnias and salvias, along with fuchsias, lantana and other perennials. The gardens are frequently used as a backdrop for wedding pictures. Visitors may sit in the shade of umbrella-like Japanese crabapple trees, relax on a bench or two or examine the many plaques describing the fantasia of plants,
The park is named for sisters Jose and Mary Prescott, whose bequest led to the creation of the park in a former warehouse district.
The Fells, the summer estate of diplomat John Milton Hay, on the shore of Lake Sunapee has formal and informal gardens on 81 well-tended acres. Hay was an aide to Abraham Lincoln and Secretary of State under President McKinley. His son Clarence and his wife, Alice Appleton Hay, were inspired by trips abroad to extend the gardens.
Climbing hydrangea, espaliered pears, wisteria, rose gardens and heather are among the flowers that may be encountered during guided or self-guided tours.