Remember when goin’ fishin’ meant ditching school?
Teens all over New Hampshire have taken the phrase to a new level, going fishing to represent their school as part of state-sanctioned, competitive bass fishing teams.
And, for at least one day a year, at tournament time, it’s an excused absence – with student anglers wearing school colors to go fishing. Thirty-two teams competed in last year’s state tournament.
Around the country, New Hampshire is one of three states, with Kentucky and Illinois, that sanction bass fishing as an official high school sport. In addition, schools in nearly every state have bass fishing clubs that engage thousands of teen anglers.
Sophomore Chris Brahan is half of the team at Kearsarge Regional High School in Sutton. He and partner Steven Williamson are 2018 state champions, proving the size of the fish, not the size of the team, is what counts.
Brahan is 16. He’s been fishing half his life, but it wasn’t until about two years ago, when he discovered various effective baits, that he figured out how to catch bass.
“I’ve been hooked ever since,” he said. Pun intended.
So have plenty of bass who happen to swim near his line. In the state tournament last fall, Brahan and Williamson caught eight bass, for a total weight of just under 25 pounds. Their largest weighed 5.37 pounds.
Part of their secret is finding the right bait. But there is a lot more to competitive fishing. Fishing teams must learn how to outsmart bass by practicing and studying all year long. 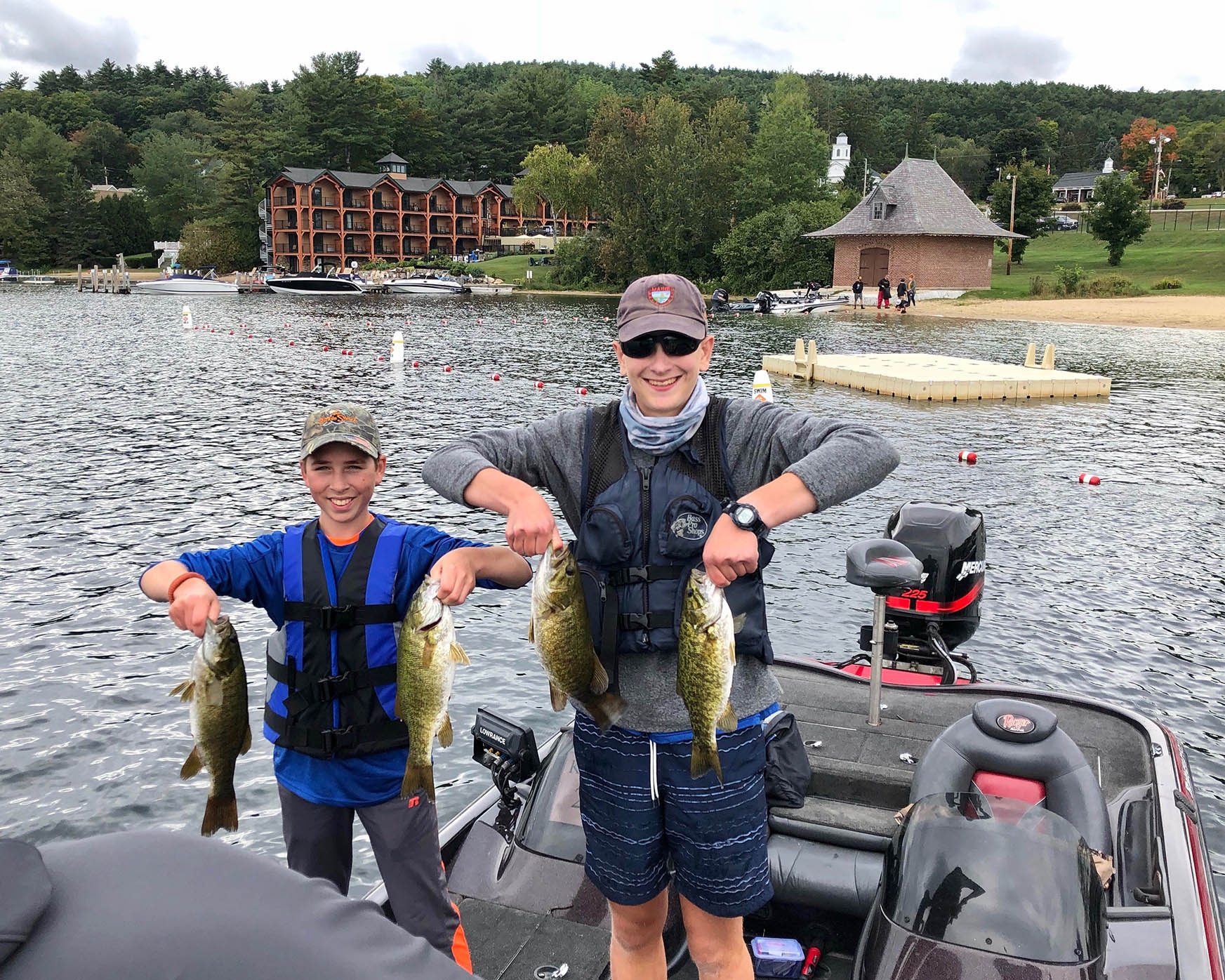 “For every one hour I fish, I’m probably spending one hour reading or watching videos on fishing,” Brahan said. “You are practicing every opportunity you get.”
When he’s not competing in Nordic skiing or track and field, Brahan’s research and on-the-water practice reinforces how to change fishing tactics to account for sunny days, cloudy days, water temperature, water depth, different types of bait and other factors.
“From the outside, it kind of looks at times like you can throw a rubber worm out there and catch a big fish,” said Scott Fitzgerald, chair of the New Hampshire Interscholastic Athletic Association (NHIAA) Bass Fishing Committee. “The people involved know it’s way beyond that.”
When it sanctioned bass fishing in New Hampshire in 2013, the NHIAA, which oversees school sports, saw it as an opportunity to perhaps reach students who might not be active in other sports and to introduce a sport where boys and girls could compete on the same team.
Teams range from two members to 15 or 20, he said, though at tournament time in the fall, teams include four anglers, with only two on the water at a time. In preparation, two or three schools at a time might hold smaller matches.
All are eligible for the qualifying meet, with the top third moving to the finals. Fish are released after being measured and weighed.
The sport comes with relatively little expense to schools and the potential of boosting an activity that lasts long after graduation.
“Kids will not only learn the skill, but it’s an activity they can do for life,” Fitzgerald, also the athletic director at Kearsarge, said.
The N.H. Fish and Game Department and Let’s Go Fishing Program Coordinator Kyle Glencross are heavily involved, helping manage tournaments and presenting an educational seminar each year for all teams. They cover everything from knot tying, casting and caring for fish to conservation, water safety and the rules and regulations of fishing.
“Other youths might just open the rule book or find out second- or third-hand,” Glencross said. “This gives them an in-depth look into how fisheries are managed from a fish and wildlife agency. Hopefully, they are learning more than just fishing tactics; they are learning about angler ethics on the water, conservation, access.”
The sport wouldn’t be a success without the state’s bass fishing community, including NH Bass Nation, which handles weigh-ins and other duties; and tournament fishermen, who volunteer their boats and take the teams onto the water.
Here’s a bonus for readers who have continued this far: a fishing secret from defending champion Chris Brahan. He likes different colored baits and “underspins,” a type of lure not used very much in the area.
“They have been catching me some really big fish this year,” he said. 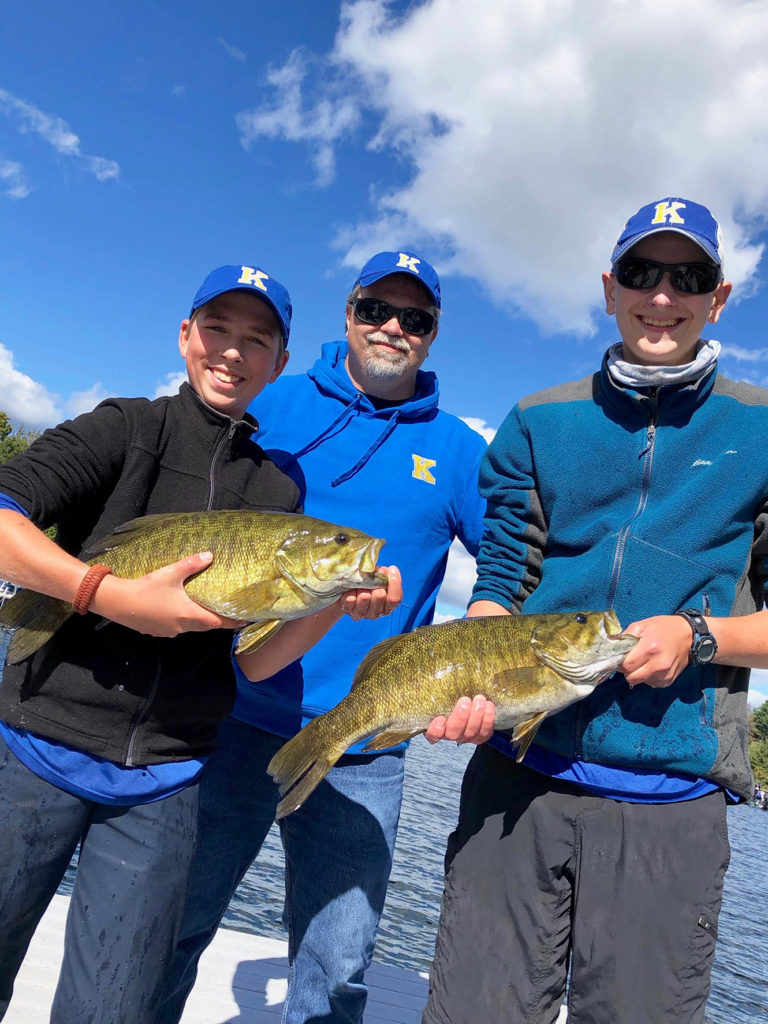 Decorate Your Plate with Edible Flowers