Every day is throwback Thursday at community-owned ski areas. The small hills, peppered throughout the state, may lack the frills of large resorts like high-speed quad lifts, hotels and après ski amenities, but they offer something much more difficult to find during these days of corporate ski area ownership — snowcapped celebrations of country life.
“We certainly offer the most perfect way to learn how to ski,” said Ross Boisvert, vice president and general manager of McIntyre Ski Area in Manchester.
McIntyre is city-owned and adjacent to Derryfield Park. It opened in 1971 and was operated by the city until 10 years ago, when it signed a 25-year-management lease with the McIntyre Ski School.
“It costs a quarter as much to ski here as it does at the big ski areas,” Boisvert said.
“We have nine or so runs — it all depends on how you count them; some are combined — and we have two double chair lifts and two conveyor lifts,” Boisvert said watching over snow-making machines shooting the white stuff onto a slope.
The area has skiing, snowboarding and tubing, and its’s not just for beginners; they have classes for adults and the slope is open evenings until 9 p.m. It’s a great place to keep your skills from getting rusty. 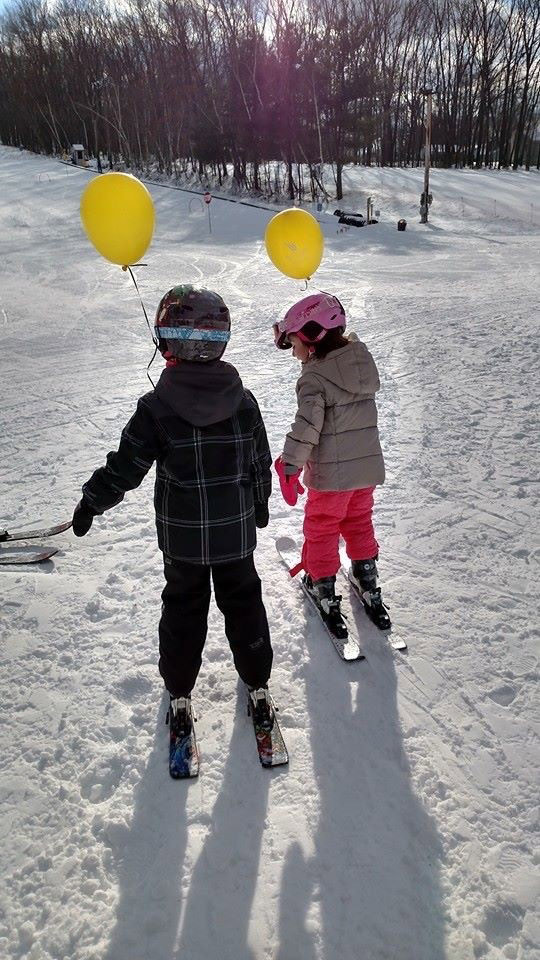 Where else can you knock off a couple of runs during your lunch hour? The area has afterschool programs with 30 schools participating from Hampton to Nashua.
“We have as many as 4,000 students a week,” said Boisvert.
Wolfeboro Abenaki Ski Area is operated by the town’s recreation department, which claims it is the “oldest small ski area in the country.” The trails were first cut in 1936, and a rope tow and lodge with a small wood stove was built four years later.
Abenaki has seven trails from green to black diamond, glade skiing, night skiing, a terrain park and a “small but mighty snowmaking operation.” Lift tickets are about $20 for out-of-towners, less than $10 for townies.
Veterans Memorial Recreation Ski Area in Franklin is a community-operated ski area with a 400-foot vertical drop and a t-bar to get you to the top. It also has areas set aside for sledding and cross-country skiing. This old-school ski area has been in operation since 1961.
Arrowhead Recreation Area in Claremont is another community-owned ski area. It has had several names over the years. When it first opened in 1962 it was known as King’s Arrow. It later operated on and off for 30 years as Arrowhead Skiway. It now offers day and evening skiing, tubing and even ice skating, weather permitting.
A year after World War II ended, Kanc Recreation Area in Lincoln opened. Not far from Loon Mountain and the Kancamagus Highway, it’s a real throwback still using a rope tow to facilitate the trip to the top of the 221-foot hill. It is owned and operated by the Town of Lincoln.
You can help keep it alive by participating in the annual Kanc-a-Thon on Jan. 25. Participants raise money from sponsors and ski, snowboard, skate or sled to raise money for the ski area and its programs.