New Hampshire’s own Stonyfield is a role model for businesses all over the world aiming to make good products, do good for the community and commit to the safety of the environment – all at the same time.
The Londonderry-based organic yogurt producer has never veered from its dedication to the organic food movement and sustainability since it was founded 36 years ago by Samuel Kaymen and Gary Hirshberg.
With the idea that “healthy food means healthier people, healthier business, and a healthier planet,” according to its website, “Today that idea has caught on. And we’re happy to lead — and feed — the charge.”
Two years ago, Stonyfield upped its sustainability street cred when it received B Corporation certification from Bcorporation.net, joining companies like Ben & Jerry’s, Seventh Generation, Patagonia. W.S. Badger and Cabot, which all have become B Corporations. 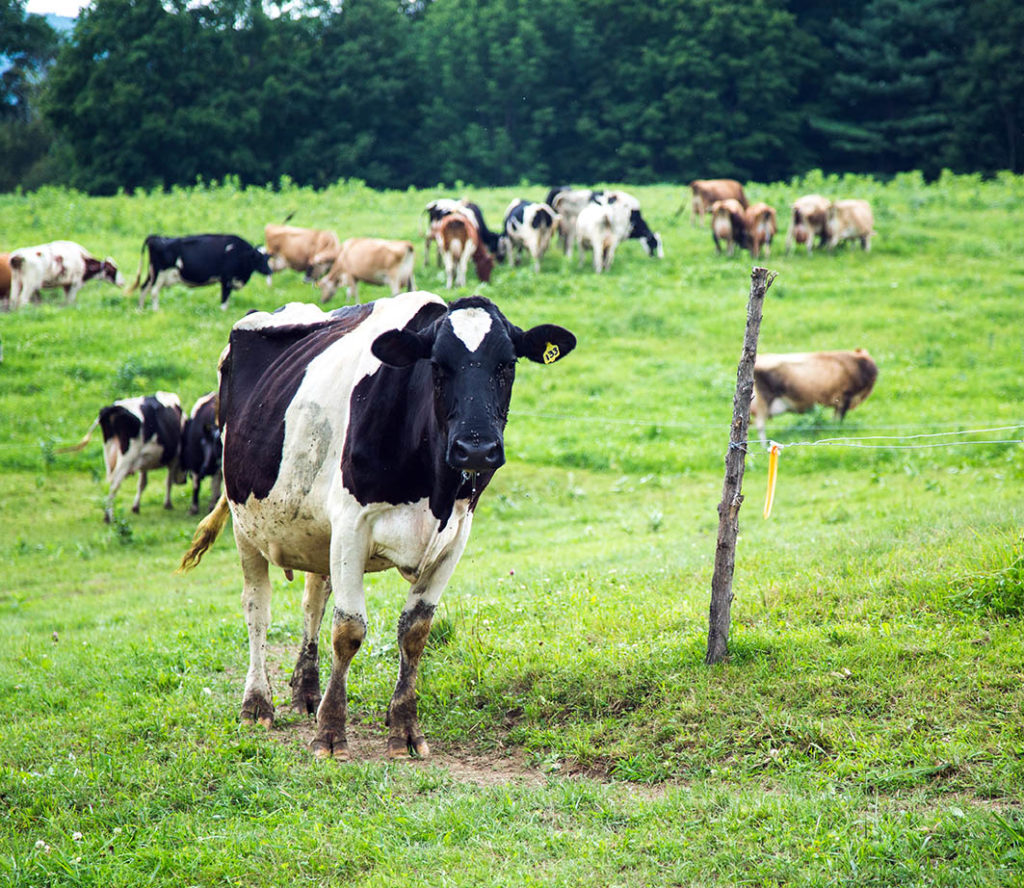 The organization requires businesses to meet standards of transparency and accountability and legally requires them to consider the impact of their decisions on their workers, customers, suppliers, community and the environment. Not to mention a goal of using the power of business to solve social and environmental problems.
“It’s more than just a certification, it’s really a movement of like-minded people and companies who agree on having an inclusive economy, and we wanted to be part of that,” said Lisa Drake, director of sustainability innovation at Stonyfield.
A look at Stonyfield’s environmental timeline offers plenty of evidence to that commitment.
In 1997, it became the first U.S. manufacturer to offset all greenhouse gas from facility energy use and published the “Stonyfield Environmental Cookbook” with recipes to reverse global warming. Fourteen years ago, it installed the state’s largest photovoltaic solar panel array and a year later converted wastewater into biogas in an on-site wastewater treatment system.
In addition, Stonyfield launched Climate Counts, a nonprofit organization bringing consumers and companies together to fight climate change.
Stonyfield constructed a new, green building in 2008 — designed to use 40 percent less energy than an average business office — and produced product lids with environmental messages and launched a vote-with-your lid campaign, which allowed customers to vote for an environmental nonprofit organization.
The next year the company received the EPA Clean Air Excellence Award; published “Stirring It Up: How to Make Money and Save the World” by Stonyfield chairman Hirshberg; launched the Greener Cow Project to reduce methane created by bovine burps; and joined the Businesses for Innovative Climate and Energy Policy to advocate for a competitive, low-carbon economic future.
In 2010, Stonyfield introduced the first yogurt cup made from plants with YoBaby, and in 2012 starting measuring life-cycle emissions of its products in real time. The following year, the company started sending excess yogurt whey to local farmers for animal feed and subsequently launched Stonyfield’s Direct Milk Supply Program.
Stonyfield signed on in support of the Paris Climate Accord with other supporting companies, backed efforts to push the EPA for higher fuel efficiency standards for heavy trucks and joined a climate march in the state’s capitol.
“We have an authentic story,” said Drake. “And becoming a B Corporation was another way of joining a community of like-minded businesses.”
For more information, visit stonyfield.com.

The Beauty of Birth

A Space for Local Makers at Marketplace New England