‘What’s Next’ for the Lakes Region Troubadour?

John Davidson wants to know: Can you reinvent yourself in your 60s and 70s?
After a 55-year career as television, film and stage actor and singer, Davidson didn’t want to retire. He wasn’t interested in getting locked into a Broadway show night after night, either.
As he considered his older years, Davidson, now age 77, returned to New England where he spent his childhood and eventually settled in Sandwich in New Hampshire’s Lakes Region. That time was a period of self-discovery, which eventually led him to follow his passion.
“The key is to be honest with yourself about what’s really possible for you and what you really want to do,” said Davidson. “For me it’s being a troubadour.”
Davidson, who has a dozen albums to his name, is passionate about playing guitar, singing and writing songs about love, growing old, raising children and the universal themes that tie us together.
In addition to performing, he has also returned to hosting. With funding from Meredith Savings Bank, he recently filmed and released “What’s Next,” a TV pilot now airing on Lakes Region Public Access Channel 25.
Davidson is a familiar face on TV. He appeared on many series, like “The Love Boat” and “The Carol Burnett Show.” He was the host of “Hollywood Squares” and a regular fill-in for Johnny Carson on “The Tonight Show,” appearing 87 times.
Now you can see him on TV again as he brings his latest project to the Lakes Region. “What’s Next” highlights people, both well-known and not, who are living their older years on their own terms. 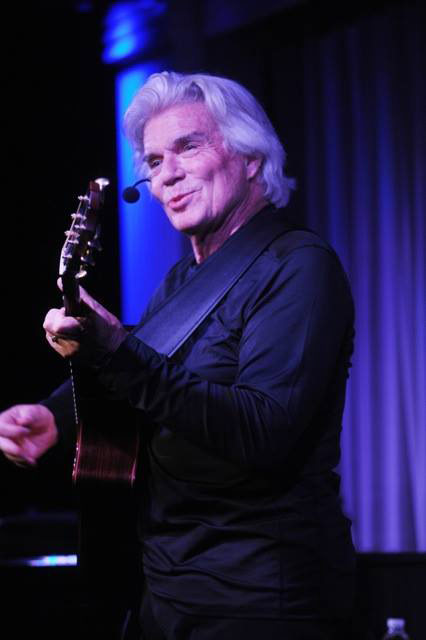 Interviews include a woman in her 60s who, after multiple careers, is entering the Peace Corps, and a man who bakes and sells baguettes at his local farmers’ market, mostly for the love of it. Davidson also calls on celebrities like Penn Jillette of the magician duo Penn & Teller and comedian Gilbert Gottfried, who hosts a successful podcast.
“They’ve decided to keep doing what they’ve always loved but in a different way,” said Davidson. “They’re finding a way to carve out their own niche.”
Davidson hopes his show can be an inspiration to those looking for their calling in the third act of life. For him, staying active in his older years has been fulfilling, but can also come with self-doubt.
“Everybody feels that,” he said. “I think in those moments it helps to first take a shower, look in mirror, and say, ‘Who are you? What are you doing with your life?’”
His advice is to find a way to not just stay active, but to be useful, and, of course, do something you love.
“The theory is the runway is getting shorter. Why not take off?” he said.
To find upcoming times and more information about “What’s Next,” visit Lakes Region Public Access online at lrpa.org.